Christianity a monolithic religion, is the most popular religion in the world with over 2 billion adherents. 42 million Britons see themselves as nominally Christian, and there are 6 million who are actively practicing.

According to Pew Research Centre there were 31.5% Christians on the planet in 2015. 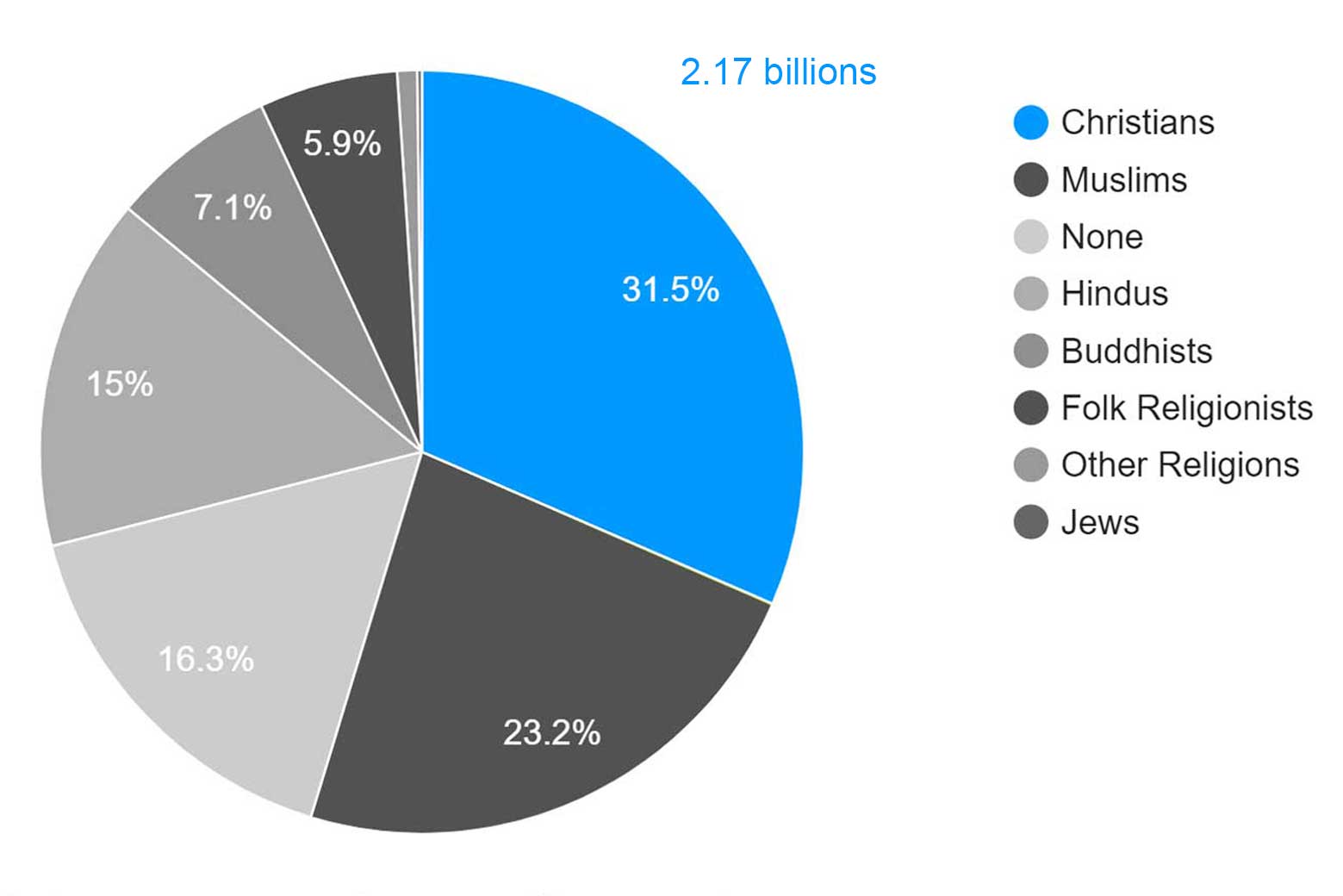 Paradoxically a symbol of suffering and defeat but also of triumph and salvation, the cross is the universal Christian symbol, acknowledged by all denominations as the single visual identifier of their faith.  While Good Friday marks the Passion of Christ and his crucifixion, Roman Catholic and Eastern Orthodox Christians also reflect on the cross as a symbol of salvation with the feast of The Triumph of the Cross on 14th September. 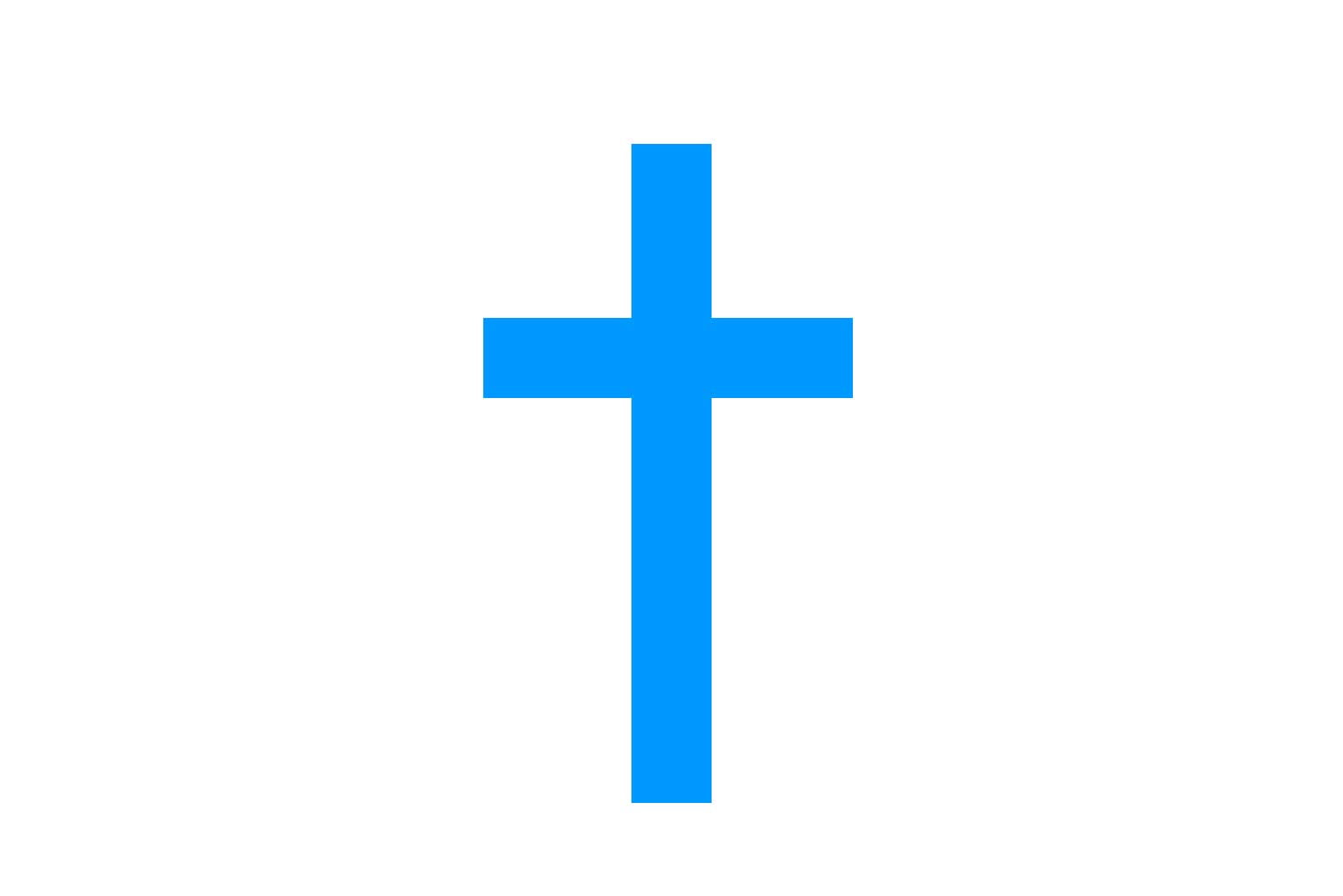 St. Paul (before his conversion to Christianity known as Saul) established Christian churches throughout the Roman Empire, including Europe, and beyond – even into Africa.

However, in all cases, the church remained small and was persecuted, particularly under tyrannical Roman emperors like Nero (54-68), Domitian (81-96), under whom being a Christian was an illegal act, and Diocletian (284-305)

Many Christian believers died for their faith and became martyrs for the church (Bishop Polycarp and St Alban amongst others).

Constantine turns the tide When a Roman soldier, Constantine, won victory over his rival in battle to become the Roman emperor, he attributed his success to the Christian God and immediately proclaimed his conversion to Christianity. Christianity became the official religion of the Roman Empire. Constantine then needed to establish exactly what the Christian faith was and called the First Council of Nicea in 325 AD which formulated and codified the faith. Formulating the faith. Over the next few centuries, there were debates and controversies about the precise interpretation of the faith, as ideas were formulated and discussed. The Council of Chalcedon held in 451 was the last council held whilst the Roman Empire was intact. It gave rise to the Nicene Creed which Christians still say today to affirm their belief in God, Christ and his church. When Rome fell in 476, it meant that Western and Eastern Christians were no longer under the same political rule and differences in belief and practice arose between them.

The Bible is not just one book, but an entire library, with stories, songs, poetry, letters and history, as well as literature that might more obviously qualify as ‘religious’. 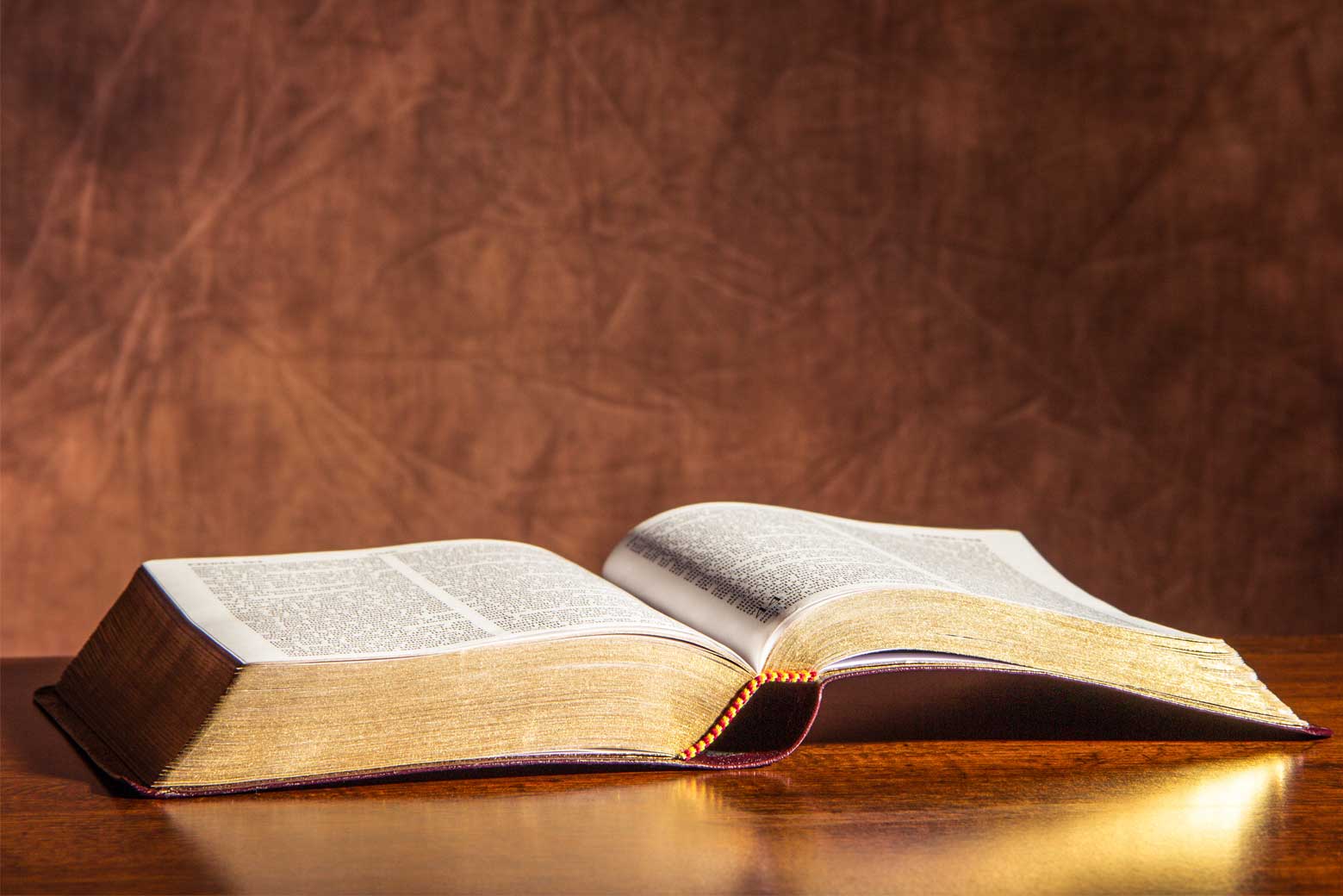 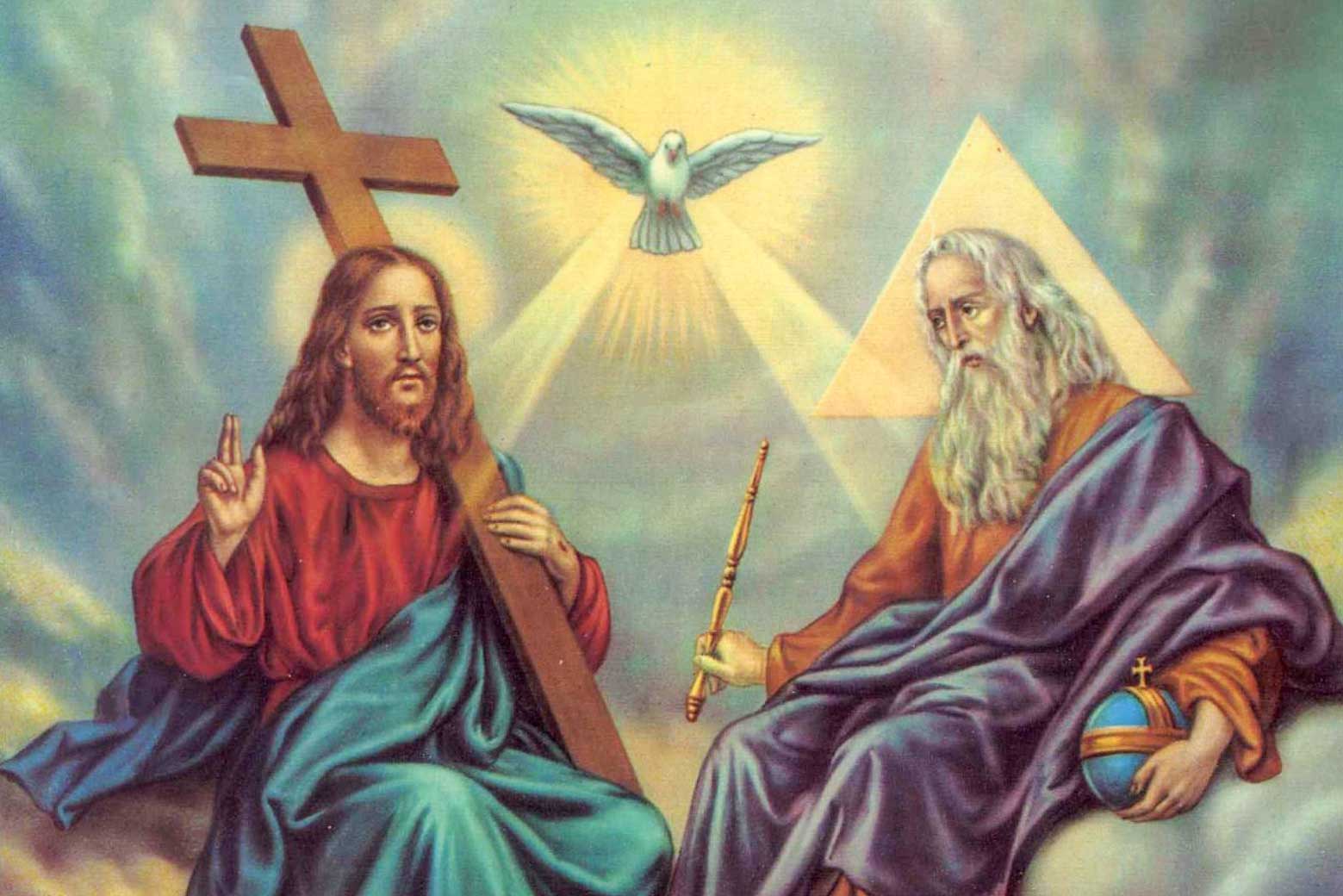 Roman Catholics believe the doctrine of the Assumption, which teaches that at the end of her life, Mary, the mother of Christ, was taken body and soul (i.e. both physically and spiritually) into heaven to live with her son (Jesus Christ) for ever.

Human beings have to wait until the end of time for their bodily resurrection, but Mary’s body was able to go straight to heaven because her soul hadn’t been tainted by original sin. 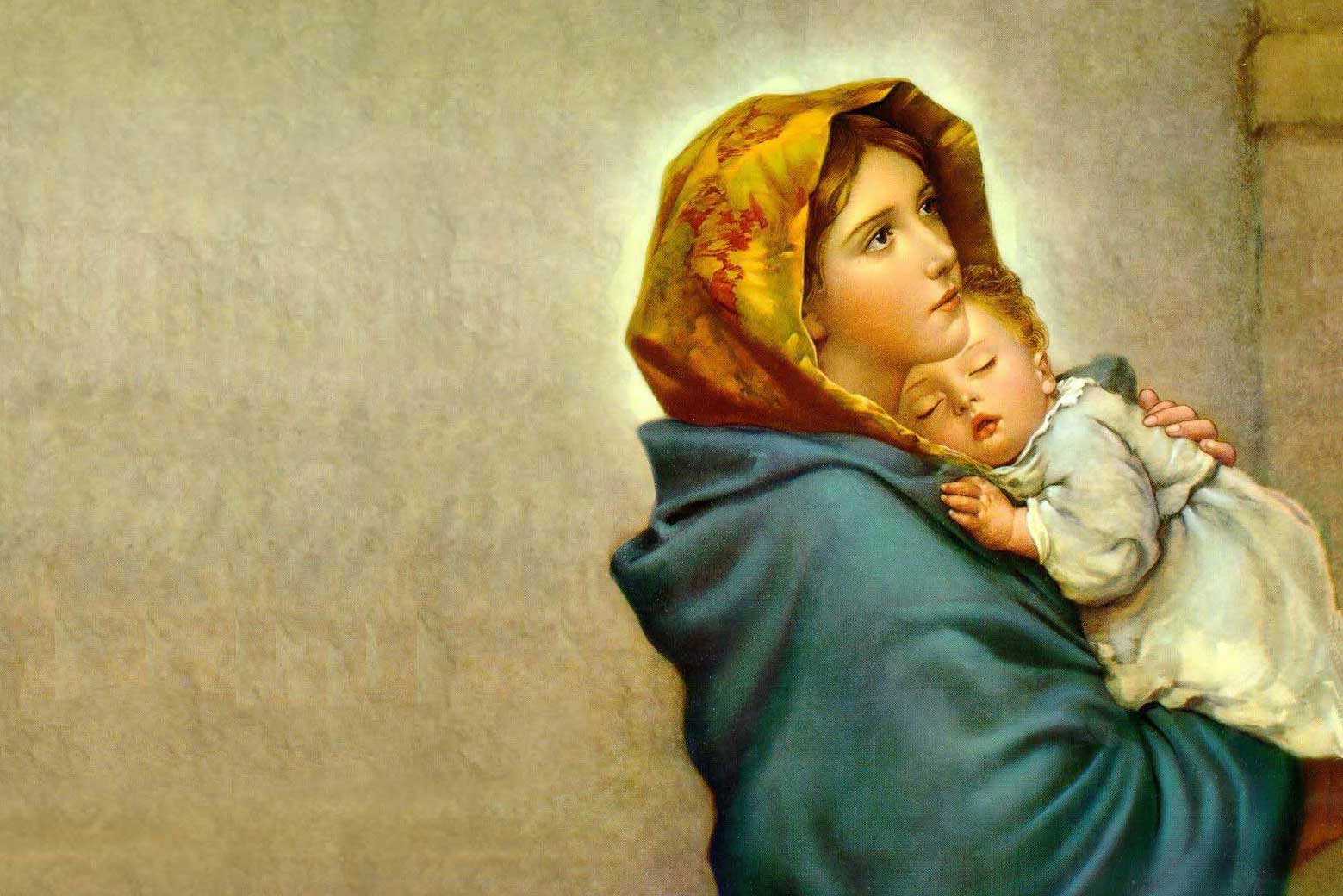 Original sin is an Augustine Christian doctrine that says that everyone is born sinful. This means that they are born with a built-in urge to do bad things and to disobey God. It is an important doctrine within the Roman Catholic Church. The concept of Original Sin was explained in depth by St Augustine and formalised as part of Roman Catholic doctrine by the Councils of Trent in the 16th Century.

Original sin is not just this inherited spiritual disease or defect in human nature; it’s also the ‘condemnation’ that goes with that fault.

In traditional Christian teaching, original sin is the result of Adam and Eve’s disobedience to God when they ate a forbidden fruit in the Garden of Eden. 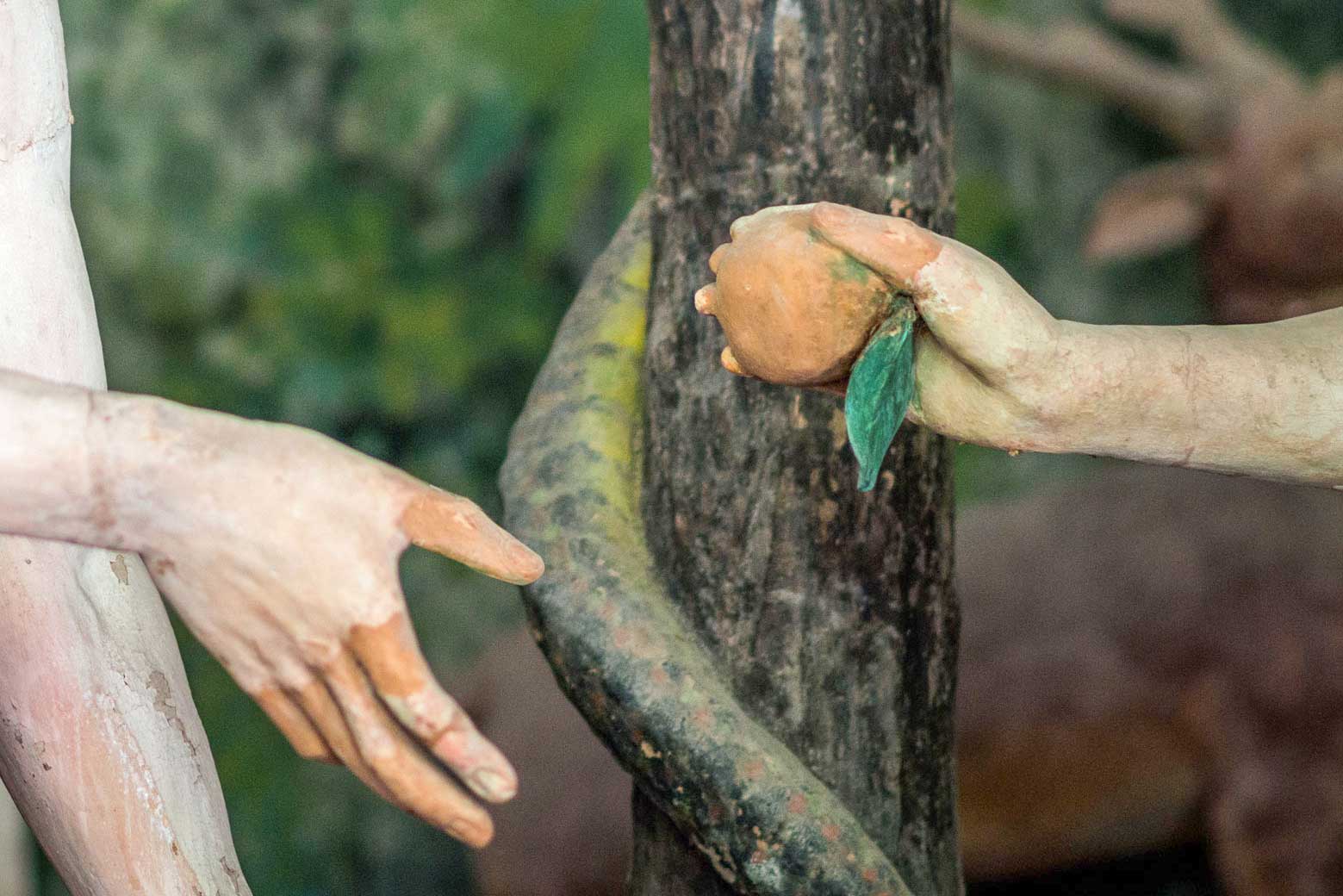 Prayer is an important activity in Christianity, and there are several different forms of Christian prayer.

Christian prayers are diverse: they can be completely spontaneous, or read entirely from a text, like the Anglican Book of Common Prayer. The most common prayer among Christians is the “Lord’s Prayer“, which according to the gospel accounts (e.g. Matthew 6:9-13) is how Jesus taught his disciples to pray. The Lord’s Prayer is a model for prayers of adoration, confession and petition in Christianity.

A broad, three stage characterization of prayer begins with vocal prayer, then moves on to a more structured form in terms of meditation, then reaches the multiple layers of contemplation, or intercession. 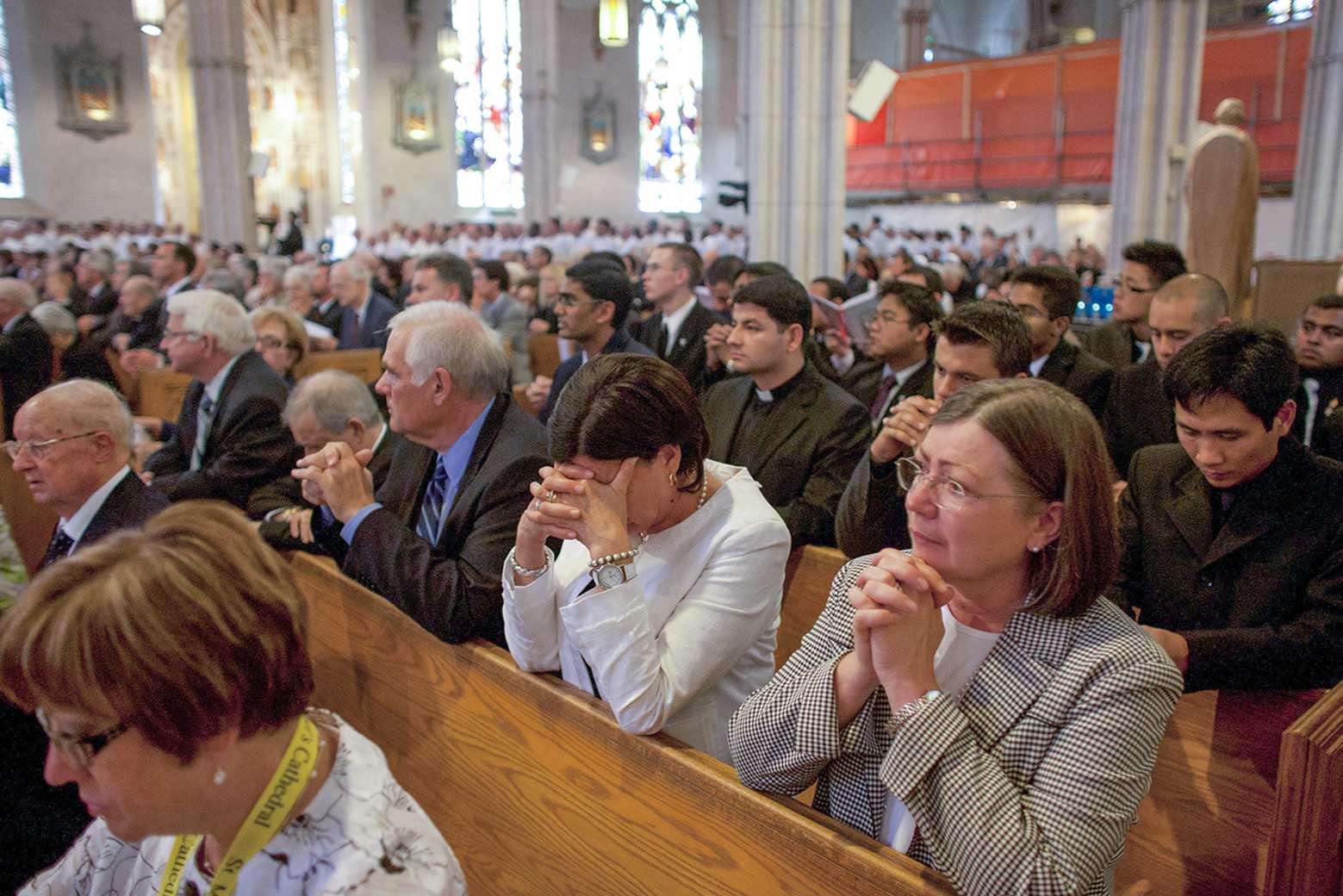 Christians believe that there is a life after earthly death.

While the actual nature of this life is not known, Christians believe that many spiritual experiences in this life help to give them some idea of what eternal life will be like. 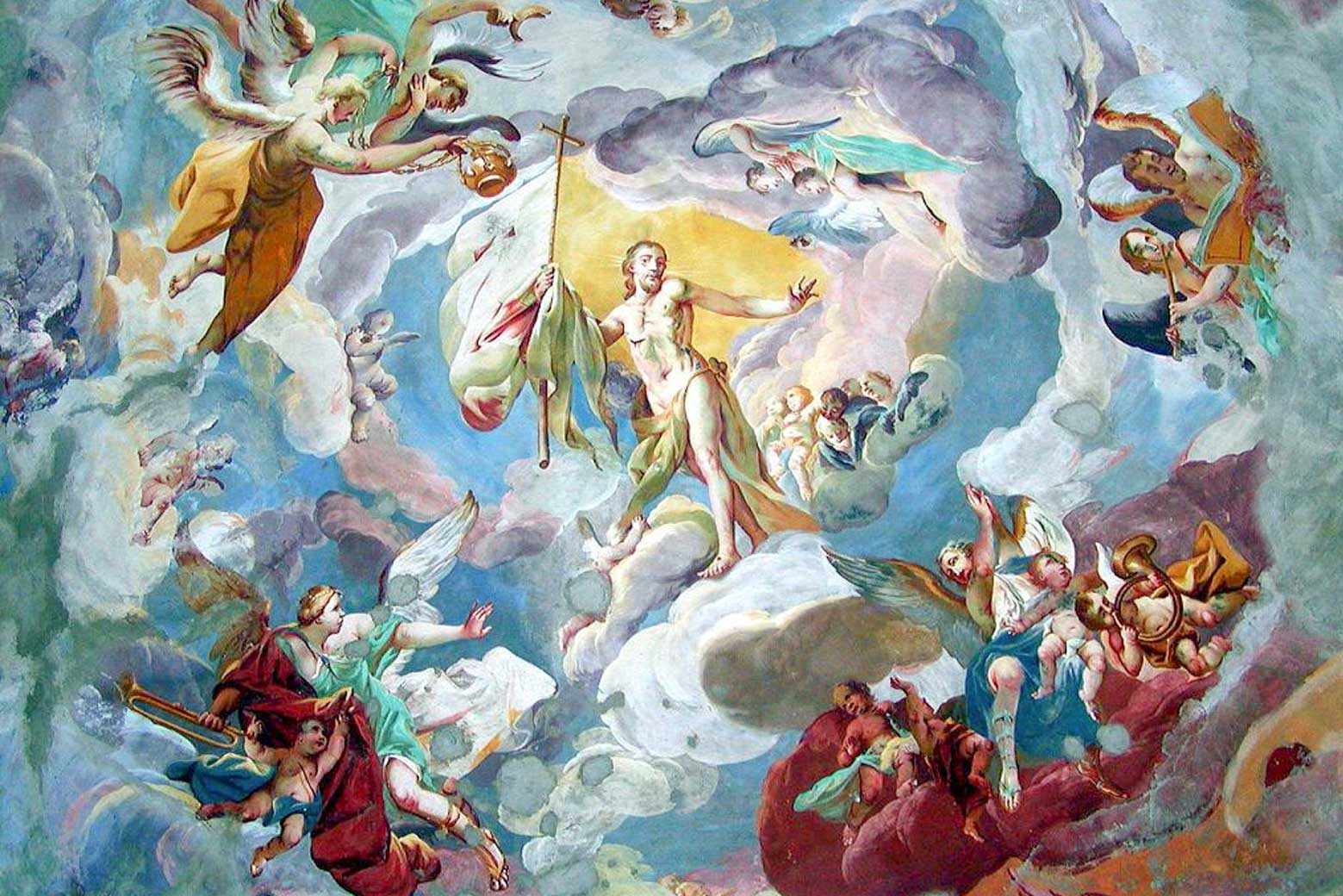 the Christian religious rite of sprinkling water on to a person’s forehead or of immersing them in water, symbolizing purification or regeneration and admission to the Christian Church. In many denominations, baptism is performed on young children and is accompanied by name-giving.

Confirmation is a sacrament, ritual or rite of passage practised by several Christian denominations. The word means strengthening or deepening one’s relationship with God.

Confirmation is a popular practice in the Roman Catholic, Anglican and Orthodox Churches where infant baptism is also performed. It enables a baptised person to confirm the promises made on their behalf at baptism. It is also a sign of full membership to the Christian community.

The Eucharist is a re-enactment of the Last Supper, the final meal that Jesus Christ shared with his disciples before his arrest, and eventual crucifixion. At the meal Jesus ate bread and wine and instructed his disciples to do the same in memory of him.

The prayers and readings in a Eucharistic service remind those taking part of that final meal and of the solemn words and actions of someone standing at the edge of death.

The people taking part drink a sip of wine (or grape juice) and eat a tiny piece of some form of bread, both of which have been consecrated. 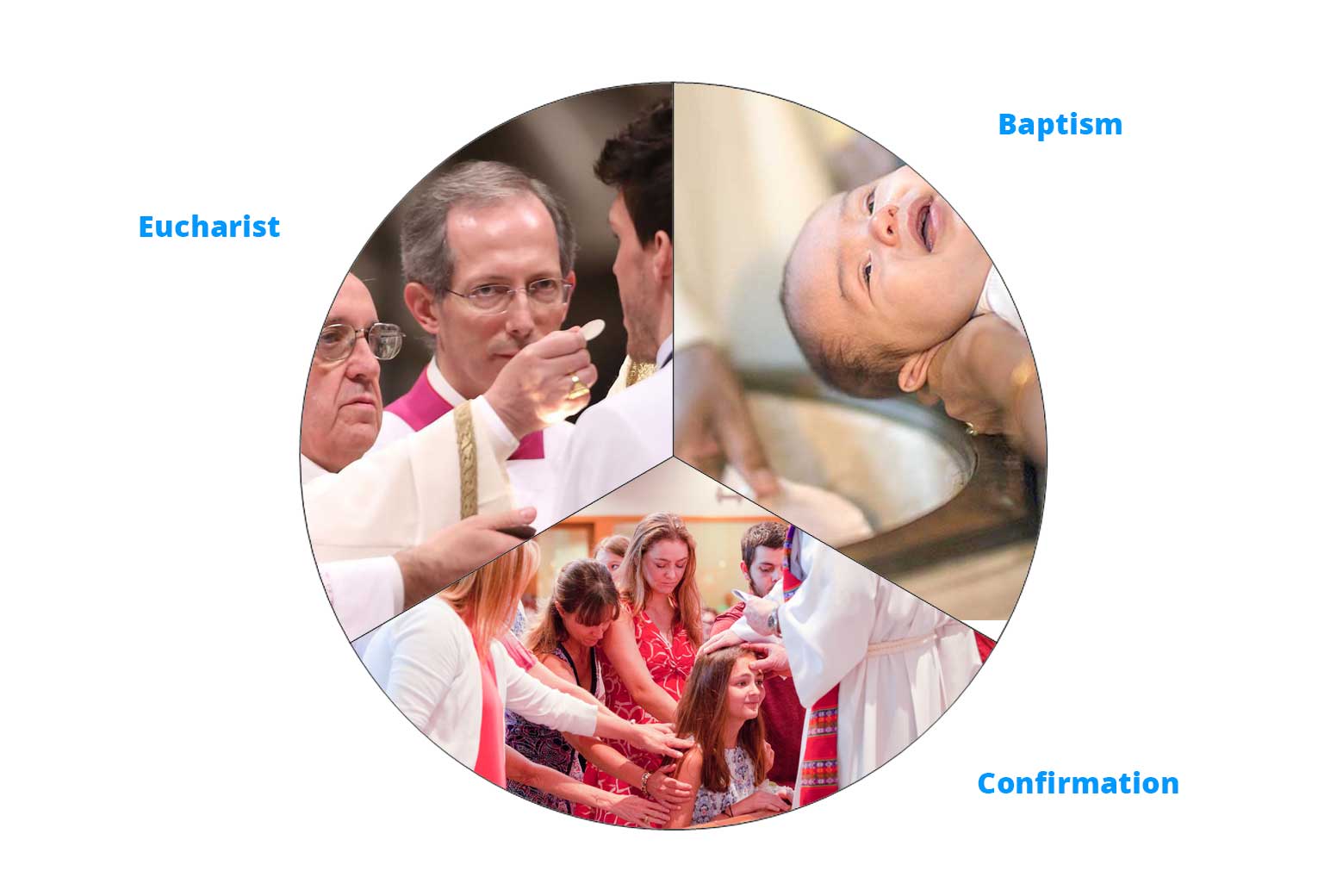 Christmas is marked on the 25 December (7 January for Orthodox Christians). Christmas is a Christian holy day that marks the birth of Jesus, the son of God.

Easter commemorates the resurrection of Jesus Christ. It is the most important Christian festival, and the one celebrated with the greatest joy.

The date of Easter changes each year, and several other Christian festivals fix their dates by reference to Easter.

Pentecost is the festival when Christians celebrate the gift of the Holy Spirit. It is celebrated on the Sunday 50 days after Easter (the name comes from the Greek pentekoste, “fiftieth”).

Pentecost is regarded as the birthday of the Christian church, and the start of the church’s mission to the world. 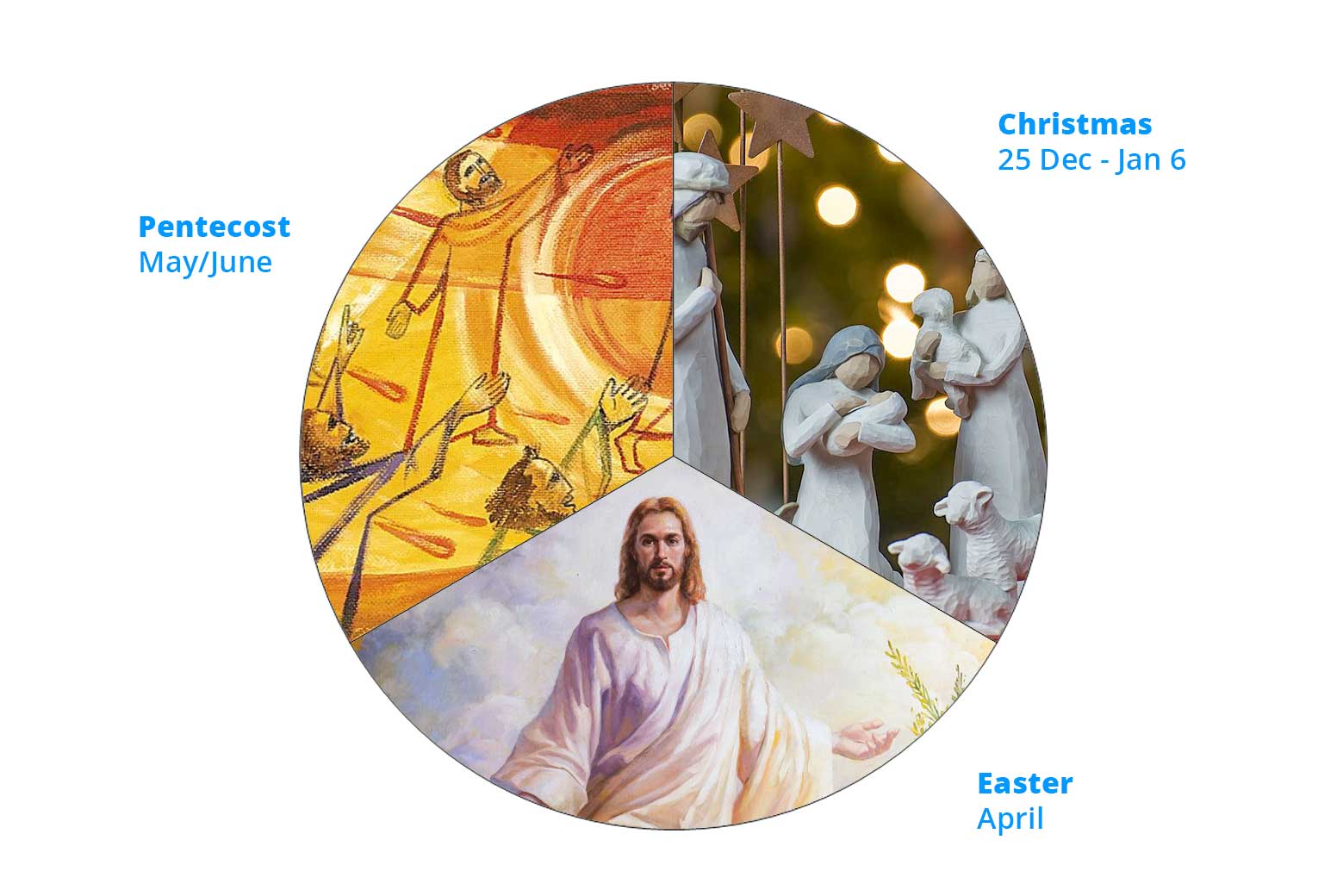 The West–Catholic Church and Protestantism  The East–West Schism, also called the Great Schism and the Schism of 1054, was the break of communion between what are now the Roman Catholic Church and Eastern Orthodox churches, which has lasted since the 11th century.  The first difference relates to the Pope. For the Roman Catholics, the Pope is infallible; he can contradict lower ranking church leaders. On the other hand, Greek Orthodox believers consider a ‘highest bishop’, also known as the ‘first among equals‘.

few photos from our film screening & discussion on Christianity 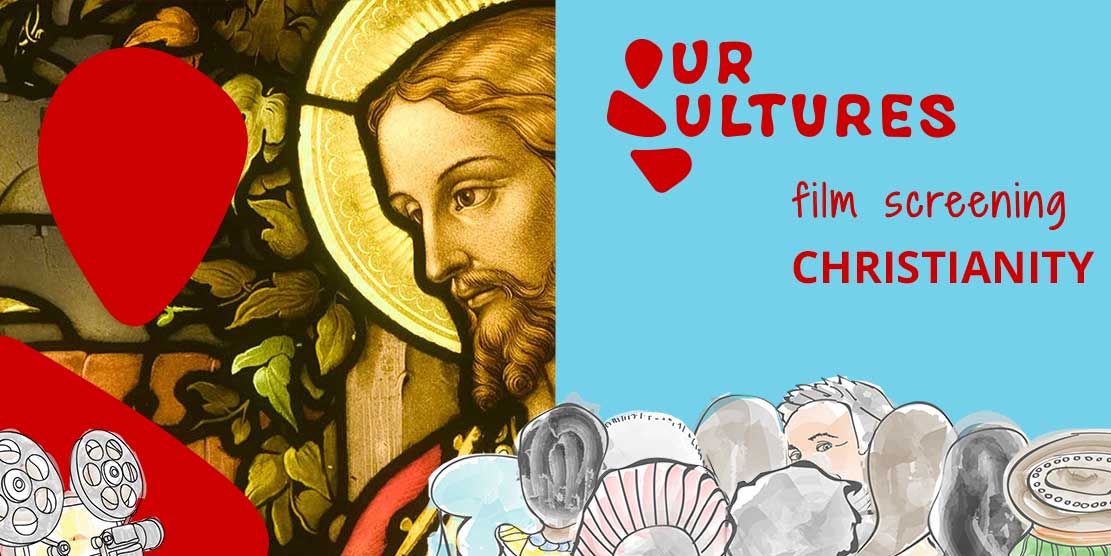 description of the past event

Join us and the Our Cultures for a film screening & discussion on Christianity with our dear guest, a female protestant vicar,
Ali Dorey who will tell us more about the topic and answer your questions after the screening.

You’ll also find out about the history of Protestantism through the centuries and how it influenced our society and its leadership.

In the documentary Diarmaid MacCulloch traces the growth of an exuberant expression of faith that has spread across the globe – Evangelical Protestantism.

Today, it is associated with conservative politics, but the whole story indistinctly more unexpected. It is easily forgotten that the evangelical explosion has been driven by a concern for social justice and the claim that one could stand in a direct emotional relationship with God.

It allowed the Protestant faith to burst its boundaries from its homeland in Europe. In America, its preachers marketed Christianity with all the flair and swashbuckling enterprise of American commerce. In Africa, it converted much of the continent by adapting to local traditions, and now it is expanding into Asia. But is Korean Pentecostalism and its message of prosperity in the here and now an adaptation too far?

The Our Cultures is screening films and documentaries on the first Tuesday of every month except summer and winter holidays. It’s always good to check updates on our Facebook page.

To find out more also experience a cozy evening with us and a cuppa, join us for the screening at the Welcome Centre.

The event is entirely FREE of charge.

There is no money involved (directly) at all. No grants, no funds only people’s will to do so.

MANY THANKS FOR YOUR SUPPORT AND SPREADING THE WORD.

Feel free to call your family, friends and colleagues. Even bring a snack with you if you like. We’ll brew a cup of a hot drink for you anyway.

See you there,
(entrance on Nottingham St opposite Pilgrim St S3 9AW) 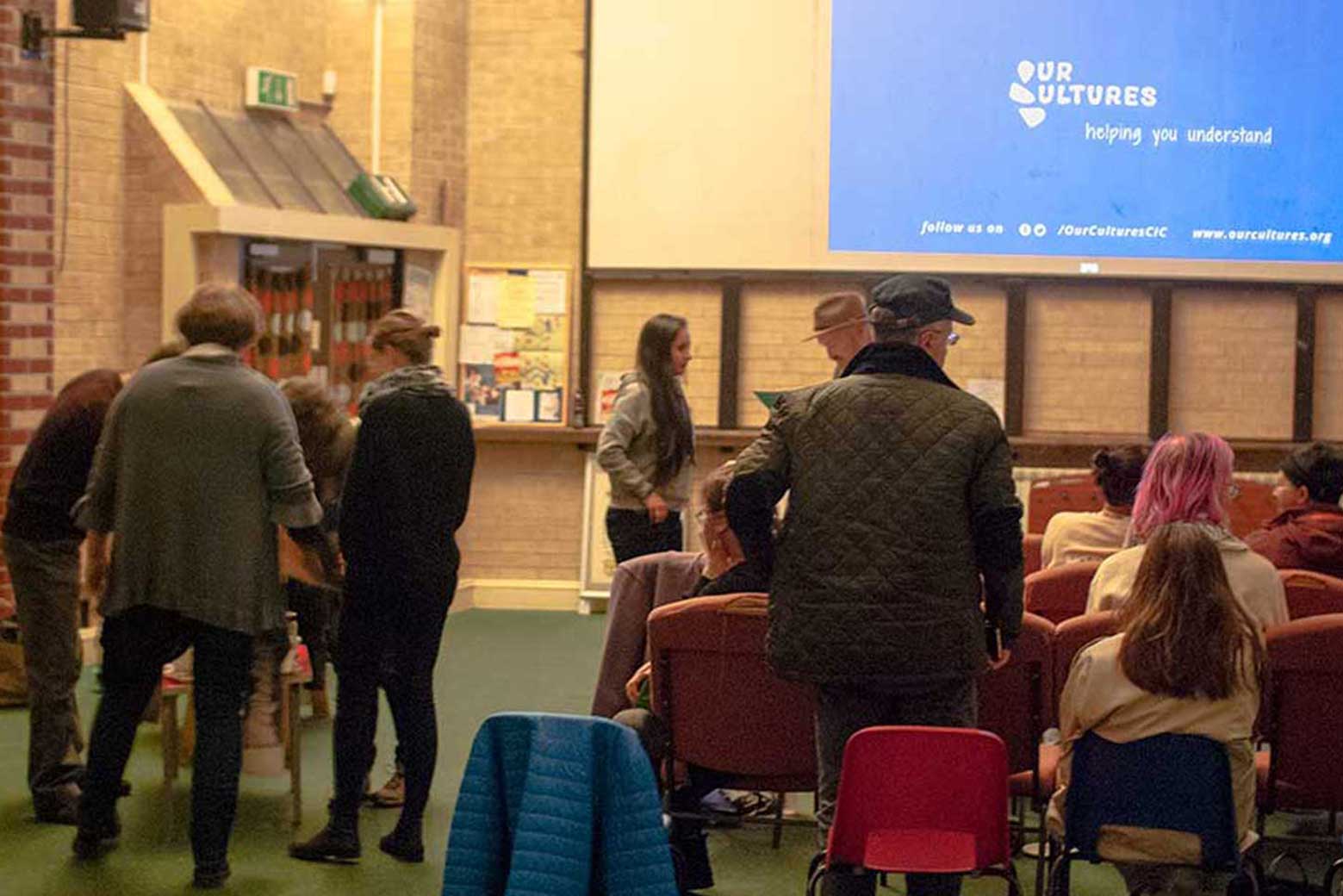 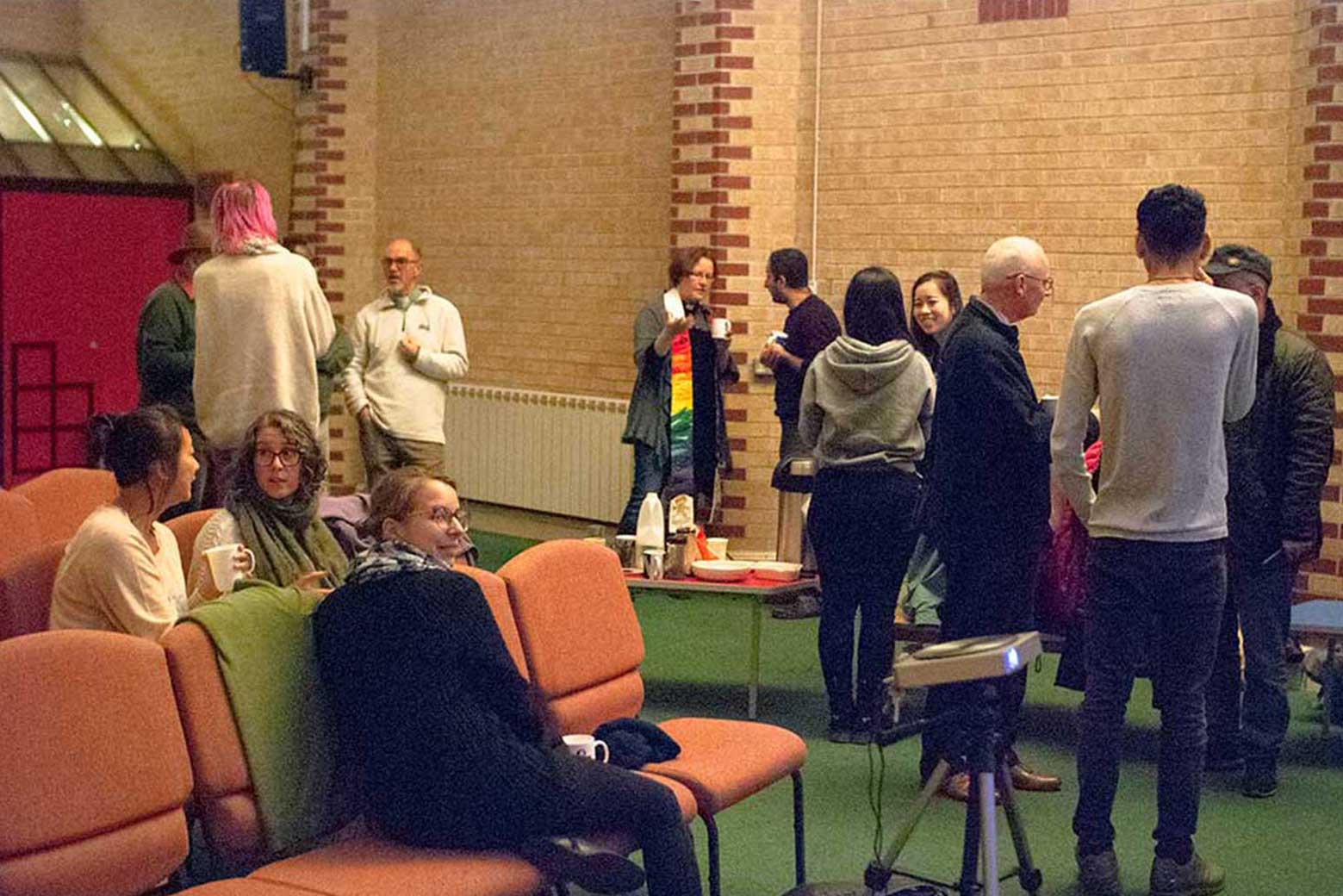 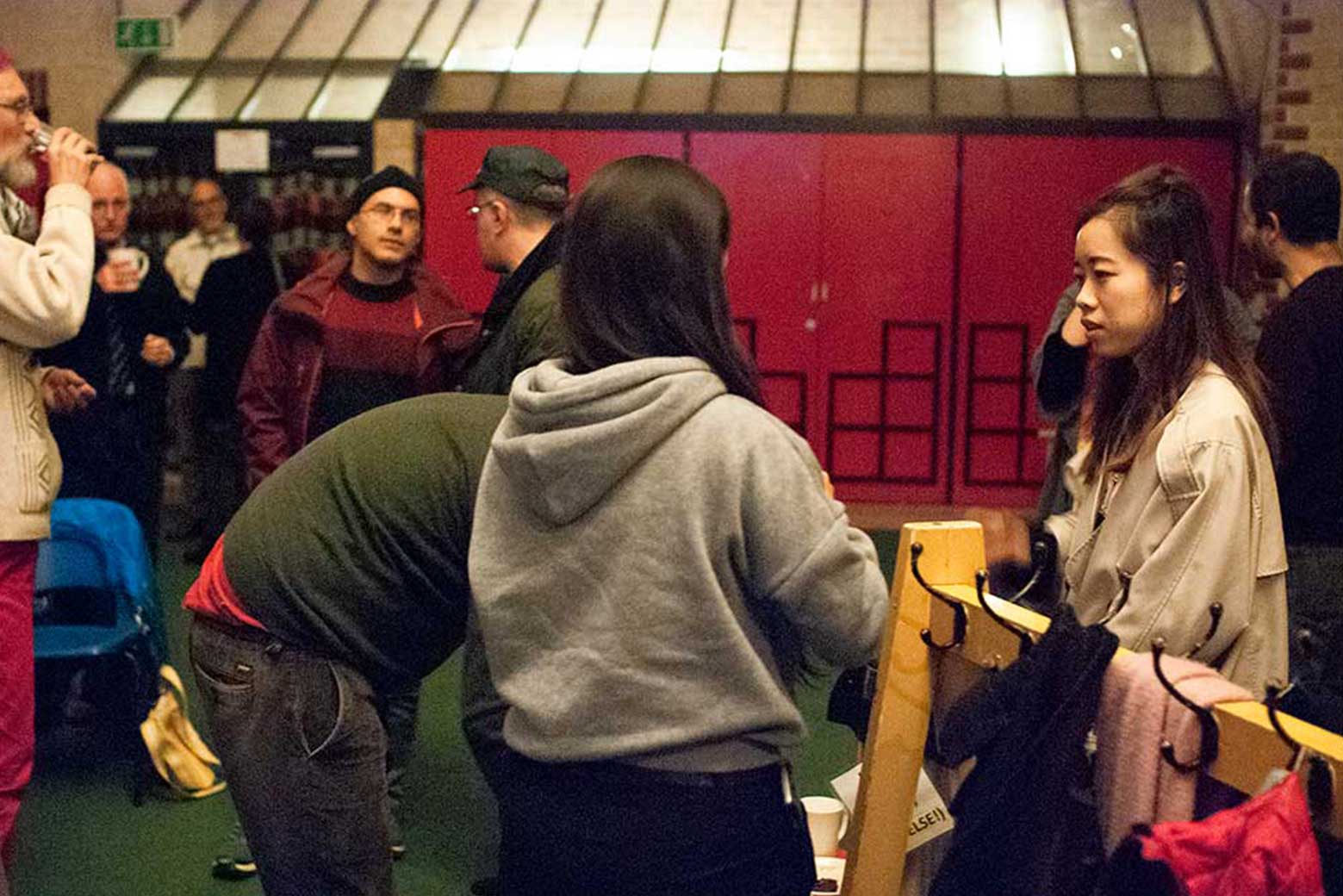 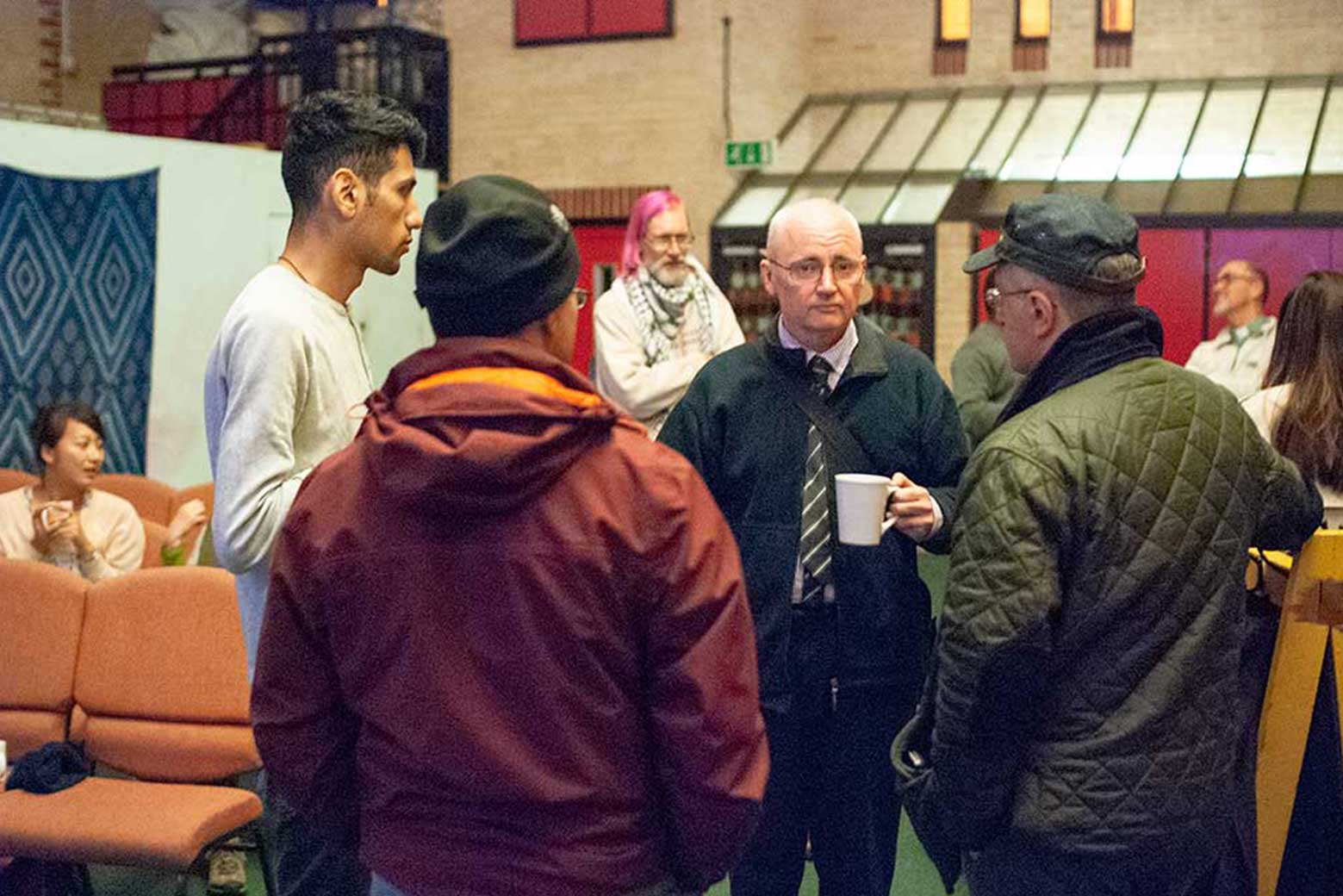 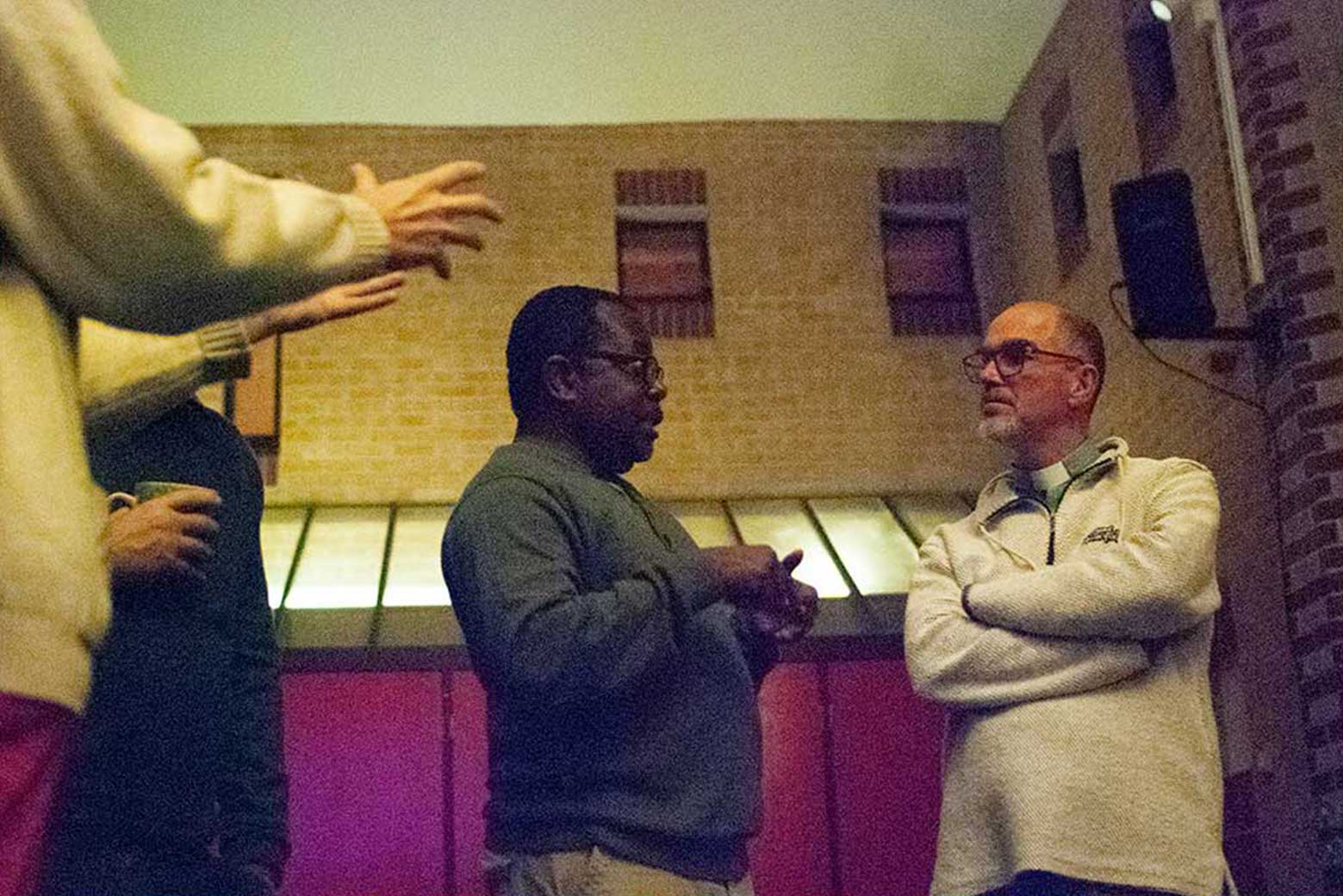